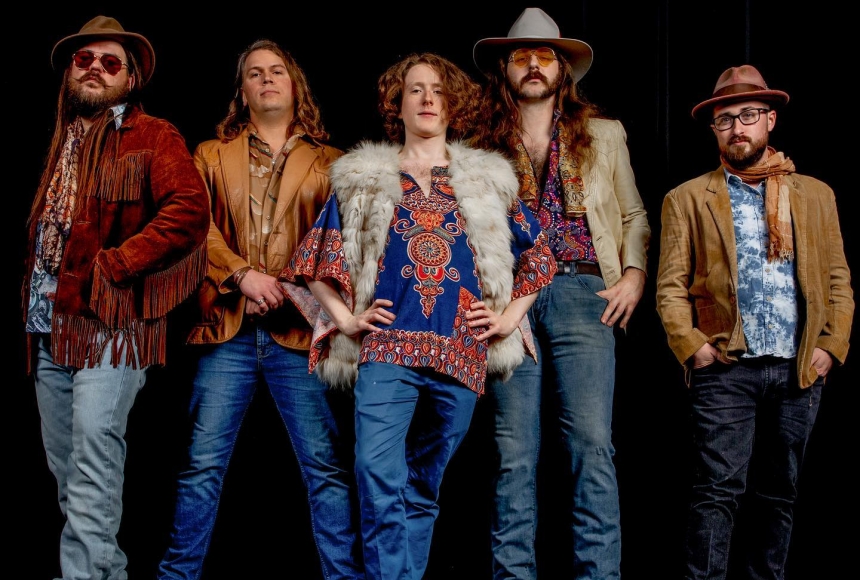 “Long live rock & roll” is more than just a motto for the band deFrance. It’s a way of life and a way of consciousness; like the summoning of ancient nobility, it’s the mantra that’s been tattooed on the soul of singer, songwriter, guitarist, and founder, Drew deFrance.

deFrance formed from the muddy banks of the Ouachita River in the vest pocket town of Camden, Arkansas. Called the “hardest working band in Arkansas,” the band has racked up more than 600 shows and thousands of fans from the proven grassroots method of endlessly working on the road since their formation in 2015. deFrance calls Little Rock, Arkansas, home but these road warriors carry their modern take on classic rock & roll across the world, having
performed shows at legendary venues including Montreux Jazz Festival, Whisky A Go Go, and their hometown Verizon Arena in North Little Rock. The band’s technical prowess and deliverance of a truly pure rock & roll sound has been recognized with support opportunities for Foghat, Bon Jovi, Deep Purple, ZZ Top, Whiskey Myers, Robert Randolph, Shooter Jennings, Morris Day & The Time, Kenny Wayne Shepherd, and Living Colour, among others.