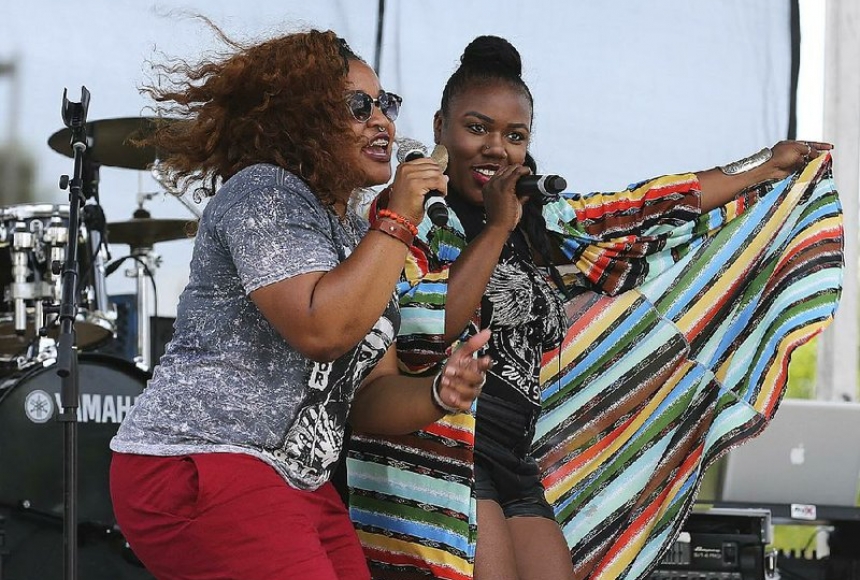 Scanning this week's Arkansas cultural landscape, there appears to be just one spot where a person can find heavy doses of '70s-'80s funk, classic rock, blue-collar country, blazing hot hip-hop and a downtown, family friendly festival.

Acts like the legendary George Clinton and Parliament Funkadelic, Sammy Hagar and The Circle, Toby Keith, Morris Day and The Time, Lita Ford and others will hit the stage at the Murphy Arts District Amphitheater in downtown El Dorado.

The festival attractions are only a short stroll from the Murphy Arts District stages, where the national touring acts will perform.

"It's literally two blocks away," says Beth Brumley, executive director of Main Street El Dorado. "It's within walking distance. You can see it from the square."

There are several new attractions on the square this year, she says, along with the

return of the Medical Center of South Arkansas 5K and 10K footraces.

"It's been 10 years or more since we've done the 5 and 10Ks," she says. "We've also added a historic tour. There are 16 sites in our downtown alone that are on the historic register. We will highlight a few of those with tours on our city's trolley."

This is the second year Main Street El Dorado has worked with the Murphy Arts District on the festival.

"It's been a good partnership," she says. "It's still the same festival, but the headliners have moved down to the amphitheater."

Bob Tarren, Murphy Arts District chief marketing officer, says: "We're hoping people will come down to experience a fun day in El Dorado. It's not just coming to see Sammy Hagar or George Clinton, but to enjoy all kinds of fun stuff for the family that's free around the square."