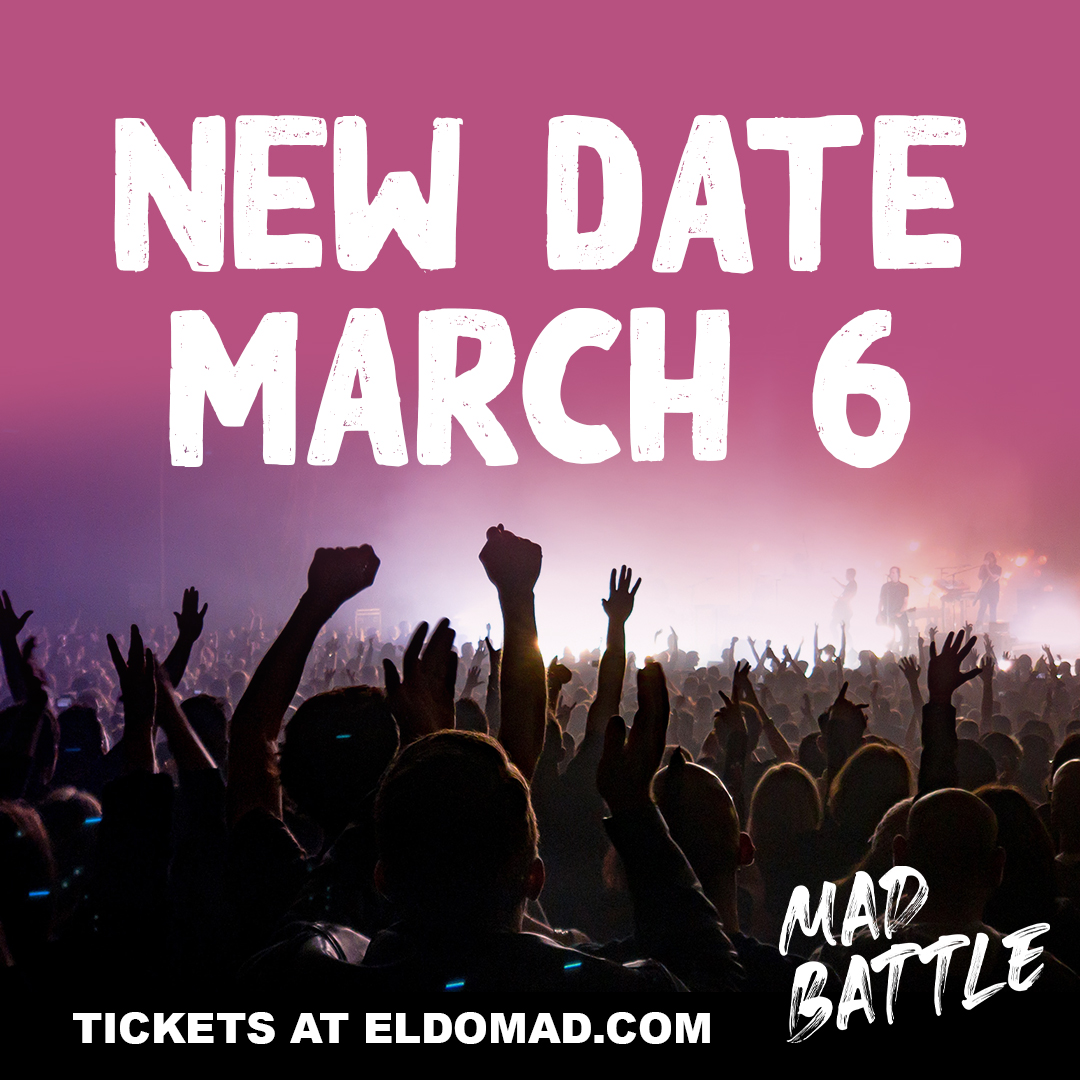 MAD PRESENTS FIRST IN PERSON CONCERT OF THE YEAR

El Dorado, Ark (February 5, 2021) – Murphy Arts District (MAD) will host their second annual MAD BattleSaturday, February 20th in the First Financial Music Hall. The show features 7 regional bands in a battle of the bands competition hosted by Carter “the Power” Bryant. Each band will be given 15 minutes to show the judges their skills by performing original and cover songs. The winning band will take home the grand prize of $2,500. Awards will also be given out for “best showmanship,” “best vocals,” and “best instrumentalist.”

“It’s been a little over a year since we’ve had live music in the First Financial Music Hall, so to say we’re stoked is an understatement,” says Joanna Benson, Marketing Coordinator.  “We had double the entries this year, with several 2019 contestants re-entering for a second time. I am happy with the turnout and excited for locals to see some new bands that have never played in El Dorado before.”

Judging the event will be Noalmark Operations Manager & radio personality Caleb Burger, Little Rock soul singer Bijoux, and multi-talented musician & promoter Monty Russell. “I've been waiting for the second MAD Battle since the first one wrapped up. It's a great opportunity to see local and regional talented musicians in a night of live music. Plus, when's the last time anyone's been to a concert!? I can't wait for a night full of live music! Come join us,” stated MAD Battle judge Caleb Burger.

Seating for the event will be general admission, socially distanced, pod-style seating. Guests will be asked to sit only with their household members and will be required to wear masks at all times unless they are eating or drinking.

Tickets are $10 per person in advance or $15 day of show. Kids 6 and under are allowed in for free. Doors to the First Financial Music Hall will open at 6pm with the show starting at 7pm. Tickets may be purchased at www.eldomad.com/madbattle or by calling the box office at 870-444-3007.